Clusters of solid material that form in the gall bladder are called gallstones. The most common type is made mostly of cholesterol. Gallstones may occur as one large stone or as many small ones. Some of them can be as large as a golf ball or as small as a grain of sand.

What causes gallstones to develop? 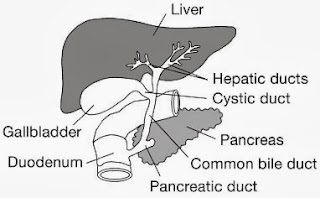 Gallstones develop in the gallbladder, a small pear-shaped organ located beneath the liver on the right side of the abdomen. The gallbladder is about three inches long and one inch wide at its thickest part. It stores and releases bile into the intestine to help digestion. Bile is a liquid made by the liver. It contains water, cholesterol, bile salts, fats, proteins, and bilirubin (a bile pigment). During digestion, the gallbladder contracts to release bile into the intestine, where the bile salts help to break down fat. Bile also dissolves excess bad cholesterol. According to researchers, cholesterol gallstones may form in several ways, such as:
When the bile contains more cholesterol than it can dissolve.
When there is too much bilirubin or other substance in the bile that causes cholesterol to form hard crystals.
When there are not enough salts in the bile to break down fat.
When the gallbladder does not contract and empty its bile regularly.

What are the symptoms of gallstones?


Some common symptoms of a gallstone attack are:
Severe pain in the upper abdomen that starts suddenly and lasts from 30 minutes to many hours.
Pain under the right shoulder or in the right shoulder blade.
Nausea or vomiting.
Indigestion and gas after eating high-fat foods, such as fried foods or desserts.

Is obesity a risk factor for gallstones?


Obesity is a strong risk factor for gallstones, especially among women. If you have a healthy weight, you are less likely to get gallstones than those who are overweight or obese. Obesity in adults can be defined using the body mass index (BMI), a tool that measures weight in relation to height. The table below shows how the BMI calculation works. A BMI of 18.5 to 24.9 refers to a healthy weight, a BMI of 25 to 29.9 refers to overweight, and a BMI of 30 or higher refers to obesity.
As BMI increases, the risk for developing gallstones also rises. Studies have shown that risk may triple in women who have a BMI greater than 32 compared to those with a BMI of 24 to 25. Women with a BMI of over 45 have a higher risk to get gallstones, about seven times higher than women with a BMI less than 24.
Researchers have found that people who are obese may produce high levels of cholesterol. This leads to the production of bile containing more cholesterol than it can dissolve. When this happens, gallstones can form. People who are obese may also have large gallbladders that do not empty normally or completely. Having fat around the midsection is a higher risk than having fat on your hips and thighs. 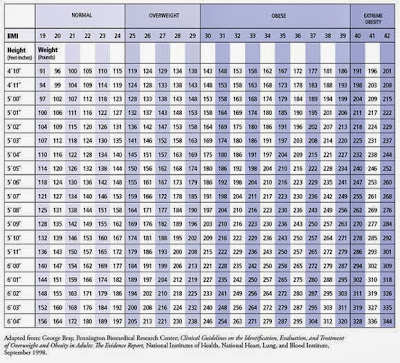 Is weight-loss dieting a risk factor for gallstones?


People who are overweight are more likely to develop gallstones than people who are at a healthy weight. The risk for developing gallstones also increases with quick weight loss or a large weight loss. Gradual weight loss can lower the risk for obesity-related gallstones.
If you diet to lose weight, you actually are at higher risk for gallstones. People who lose a large amount of weight quickly are at greater risk than those who lose weight at a slower pace. Rapid weight loss may also cause silent gallstones (painless gallstones) to become symptomatic. Studies have shown that people who lose more than three pounds per week may have a greater risk of developing gallstones than those who lose weight at slower rates.A very low-calorie diet (VLCD) allows a person who is obese to quickly lose a large amount of weight. VLCDs usually provide about 800 calories per day in food or liquid form, and are followed for twelve to sixteen weeks under the supervision of a health care professional. Studies have shown that ten to twenty-five percent of people on a VLCD developed gallstones. These gallstones were usually silent—they did not produce any symptoms. About one-third of the dieters who developed gallstones, however, did have symptoms and some of these required gallbladder surgery. Experts believe weight-loss dieting may cause a shift in the balance of bile salts and cholesterol in the gallbladder. The amount of salts in the bile is decreased and the cholesterol level goes up. Following a diet too low in fat or going for long periods without eating (skipping breakfast, for example), a common practice among dieters, may also decrease gallbladder contractions. If the gallbladder does not contract often enough to empty out the bile, gallstones may form.
A drug called ursodiol that helps dissolve cholesterol in the bile may help prevent gallstones from developing during rapid weight loss. While ursodiol is not approved by the U.S. Food and Drug Administration (FDA) to prevent gallstones, its “off-label” use (the practice of prescribing medications for periods of time or for conditions not FDA-approved) has been shown to be effective and safe. Ursodiol and losing weight can be a bad combination, so talk to your doctor.

Is weight cycling a risk factor for gallstones?


Weight cycling, or losing and regaining weight repeatedly, may increase the risk of developing gallstones. People who weight cycle—especially with losses and gains of more than ten pounds—have a higher risk for gallstones than people who lose weight and maintain their weight loss. Additionally, the more weight a person loses and regains during a cycle, the greater the risk of developing gallstones.
Why weight cycling is a risk factor for gallstones is unclear. The rise in cholesterol levels during the weight-loss phase of a weight cycle may be responsible. It is also thought that each cycle increases one’s risk for gallstones. Researchers need to do more work to determine what the link is between weight loss and gallstones.

Is surgery to treat obesity a risk factor for gallstones?


Plastic surgery for weight loss also triggers gallstones. Bariatric surgery to reduce the size of the stomach or bypass parts of the digestive system is a weight-loss method for people who have a BMI above 40. This procedure is also an option for people who have a BMI above 35 with comorbid conditions such as diabetes and high blood pressure. Bariatric surgery causes gallstones, too. The gallstones usually develop in the first few months after surgery and are symptomatic.

How can I safely lose weight and decrease the risk of gallstones?


But there are things you can do to mitigate the presence of gallstones when you lose weight. Losing weight gradually, instead of losing a large amount of weight quickly, lowers your risk. Depending on your starting weight, experts recommend losing weight at the rate of 1/2 to two pounds per week. Losing weight at this rate commonly occurs for up to six months. After six months, weight loss usually declines and weight stabilizes because individuals in lower weight groups use fewer calories (energy). You can also decrease the risk of gallstones associated with weight cycling by aiming for a modest weight loss that you can maintain. Even a loss of five to ten percent of body weight over a period of six months or more can improve the health of an adult who is overweight or obese.
Your food choices can also affect your gallstone risk. Experts recommend including some fat in your diet to stimulate gallbladder contracting and emptying. Current recommendations indicate that twenty to thirty-five percent of your total calories should come from fat. Studies have also shown that diets high in fiber and calcium may reduce the risk of gallstone development.
Finally, regular physical activity is related to a lower risk for gallstones. Aim for approximately sixty minutes of moderate- to vigorous-intensity activity on most days of the week to manage your body weight and prevent unhealthy weight gain. To sustain weight loss, engage in at least sixty to ninety minutes of daily moderate-intensity physical activity.

What is the treatment for gallstones?


Sometimes they go away on their own if they are what are called “silent gallstones.” Symptomatic gallstones are usually treated in many ways. The most common treatment is surgery to remove the gallbladder. This operation is called a cholecystectomy. In other cases, nonsurgical approaches—drugs—are used to dissolve the gallstones. Your health care professional can help determine which option is best for you and which is less risk.

Are the benefits of weight loss greater than the risk of getting gallstones?


Although weight loss increases the risk of developing gallstones, being fat is even a bigger risk. In addition to gallstones, obesity is linked to many serious health problems, including:
type 2 diabetes
high blood pressure
heart disease of all kinds
stroke
many types of cancer
sleep apnea (when breathing stops for short periods during sleep)
osteoarthritis and osteoporosis (wearing away of the joints)
fatty liver disease
For people who are fat, weight loss can lower the risk of developing some of these illnesses. Even a small weight loss of ten percent of body weight over a period of six months can improve health and lower disease risk. In addition, losing weight may bring other benefits such as better mood, increased energy, and positive self-image.
If you are thinking about starting an eating and physical activity plan to lose weight, talk with your health care professional first. Together, you can discuss various eating and exercise programs, your medical history, and the benefits and risks of weight loss, including the risk of developing gallstones.